Time is slipping away.

Elizabeth is here. The Melville postmaster, Rick Schuler, has disapproved of her working so hard, spending so much time in frenetic San Francisco, and not being in Montana; he has greeted her return—for a whole week—with a hearty welcome and a soupçon of reprobation, along the lines of We want to see more of you next summer. Linda and Glen Westervelt, who keep the store (and are therefore Rick’s sole companions for much of every day, even now in high summer), are too shy to scold Elizabeth, but they have shown concern for my solitude. Sparse on the land though the citizens of Sweet Grass County are—3600 on its 1,187,200 acres, and half of them crammed into Big Timber—they are as social as New Yorkers, and, like New Yorkers, they wonder a bit at a person who likes to be alone.

I am happy that the folks at the B.S. Corner now understand that I’m not some wacko loner, that I like to come and linger over one of Linda’s excellent burgers to hear the midday palaver of busted gears and rusted gates and cows out on the county road, and that I do still have a wife.

We go to the prairie, this time with Anita Pagliaro’s sister, Carla, a painter. We find many familiar flowers gone (these I have indicated below by showing their names in red) but quite a few new ones as well, and dammit, I have forgotten to bring pen and paper. The fact that this list exists will be explained anon.

And TWO flowers of the day, both new, neither a true clover: 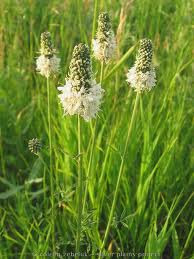 And as we return, heading for the same old barbed wire fence at the precisely the same place where it tore my leg open seventeen days ago, where Anita and I the next day tried and failed to recover my notepad and pen, I see from the corner of my eye a color that does not belong: lilac. Winking in the wind. It is my notepad, rained on and shredded, my one page of notes long faded to nothing, but no longer litter. Carla comes over to share my astonishment, looks down, and says, “Here’s your pen.” It is stomped flat by who knows how many cows but it still writes.

Hence the completion of the circle of summer two thousand and ten. 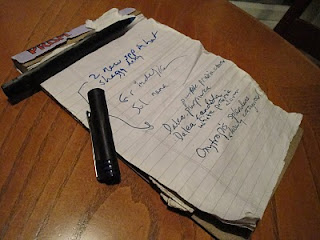 There was a time Lindsey and I went on a hike-picnic with Inez and Andrew out some tail to some point somewhere on Drake's Bay, I think. We walked, not really hiked, for an hour, then had our picnic, then walked back, a pleasant day. On the way back Andrew bent over to pick up an arrowhead. I said I'd like to be able to do that. He said bend over over there; I did; there was another arrowhead. When we got home I discovered my glasses were missing. Next day I got on the motorcycle and went back to the trail. I walked out to where we'd had lunch, figuring I'd dropped them there. I didn't look for them at first, instead I ate the sandwich I'd brought and admired the view. Then I looked around: no glasses. Halfway back on the hour-long walk back to the parked motorcycle, for no reason at all, I left the trail and walked over to a fence say twenty feet off. My glasses were leaning against the fencepost in their case.