A CAT'S LIFE is born

Back in the fall I finished a proposal for a book to be called A Cat's Life, and sold it to Hachette Books.  Structurally it is built on the life story of my dear Augusta, who died in the fall of 2010.  Augusta leads the reader into the mysteries of the biology, behavior, and cognition of her species, Felis silvestris catus.  There has been an amazing amount of research done in the last couple of decades on the domestic cat, and very little of it has yet come to the attention of the public.  Since there are ninety million owned cats in the United States alone, it seemed like a good idea to get this information out in language and form congenial to non-scientific readers, and that's what I'm working on now. 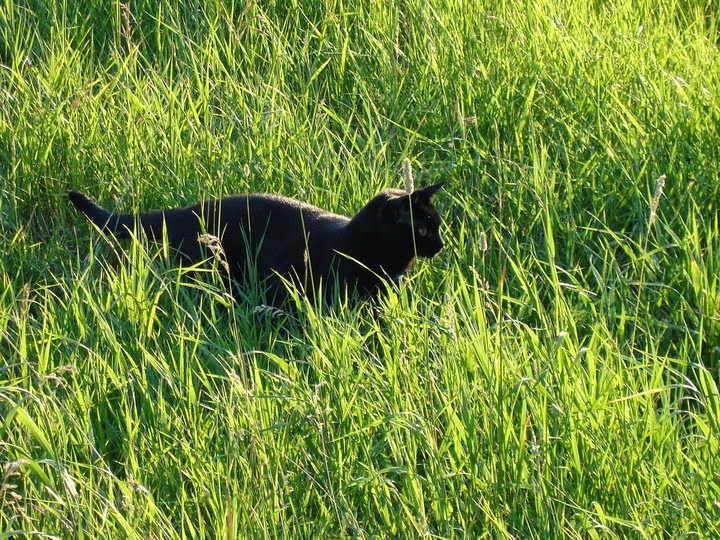 Only yesterday I learned, for example, that cats can hear higher-frequency sound than any other terrestrial mammal--as high as bats--a hundred thousand cycles per second--quite a bit higher even than dogs.  People max out at forty thousand, if they haven't been to too many rock concerts or ear-splitting bars, which eliminates, I'd guess, about half of all American grownups.