Delight, but in context

Elizabeth is here, and Montana spring has returned to do its stuff—house-shaking thunder-slams followed by an afternoon and night of cold, soaking rain. She said she could hear the grass growing. She also always manages to see the birds I’ve missed, in this case yellow warbler, vesper sparrow, great horned owl. I did have the delight of a few seconds of rocketing bluebird.

Speaking of delight: the wines of Pierre Sparr, of Sigolsheim. More soon to come on Alsace, as I will be retro-blogging my recent travels there. Sigolsheim was a nice enough town, the nicest thing about it (besides Sparr’s vineyards and winery) being its position between Kaysersberg and Zellenberg, my two favorite towns in that fate-favored region. Um…I guess I should say that fate favored it for a long time a long time ago, and has favored it again since World War II. Alsace has known some ugly times in the last couple of hundred years, jerked violently back and forth by France and Germany. The Third Reich’s cruelty to Alsace was unspeakable, as the heartbreaking war memorials and empty synagogues today attest. 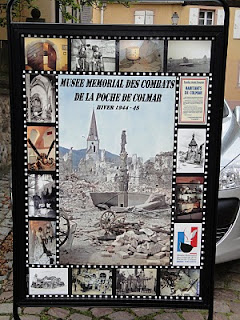 Bucatini last night with chicken livers, morels, and cream; accompanied by Pierre Sparr’s 2007 reserve pinot blanc. “Since 1680,” the label says, and all I can think is, God, what must the Sparr family have endured? The wine tastes different, perhaps better, I believe, when you know its history.

It rained all afternoon. As I sat at the dining room table interviewing Gael Greene on the phone—she was the restaurant critic for New York magazine from 1968 to 2008, and she loved Craig Claiborne—I was also looking out the window into the cottonwoods, and just when she paused to check an incoming Tweet, I saw a fawn so newly born it could barely walk, wobbling behind its mom. Within an hour I had seen another, and perhaps a third (or the first a second time). By dusk, a deep gray one in that rain, the fawns were not just steady on their feet but bopping along, jumping over downed limbs with ease. 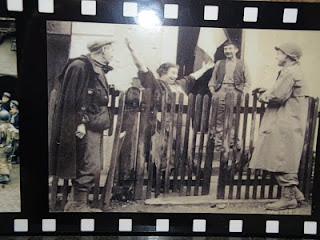 There’s fresh snow on the Crazies this morning, all the way down into the forested slopes. And here, at 11:45 a.m., it’s all of forty-six degrees. Spring!

I'm enjoying the new entries. Wish I were there to do some fishing with you--and mushroom hunting!